The Future of Blockchain Technology

Blockchain technology is the driving force behind fancy new currencies like Bitcoin, which has turned into a worldwide phenomenon. This revolutionary blockchain finance market technology has taken the world by storm and hasn’t just stopped at just this one industry. There’s a wide range of ways that businesses are using blockchain technology to revolutionize their approach to certain processes.

In short, this technology is based on the concept of recording information in a database. Information cannot be deleted from a blockchain, nor can it be altered. As you might expect, this leaves an easy to follow data trail for auditing or investigations.

The Future of Blockchain Technology Is Already Here

The revolution of blockchain technology has so far branched its roots in the finance, banking, and healthcare sectors and will soon reach many other industries. The following stats will give a lot of clarity around this:

Blockchain will Change the Way the World Does Business

In the 1990s, we saw a powerful technology sweep across the world, disrupting everything in its wake. Businesses were forced to change their approach to business, or fade into the sands of time. People changed the way they lived their lives. That powerful technology was called the “internet.”

Blockchain technology today is comparable to what the internet was in the 1990s. It will disrupt the way the world does business. Let’s look at a few examples of how that will happen or has already started.

It’s not just blockchain in the financial services industry. This powerful technology sweeps across all industries. Within the next decade, we’ll start seeing identity systems that are more accurate and give users much more control over their identity.

Blockchain technology decentralizes the collection of data, so cross-verification will be used as a consensus for identification, and then that information will be written into a decentralized ledger. This will significantly lower the risk of security breaches and make the data more reliable.

Identity management systems also solve a huge worldwide problem. Right now, 1.5 billion individuals around the world are not able to prove their identity. Blockchain-based identity platforms would provide those individuals with a way to obtain proof of their identification.

Governments will have to eventually recognize the many benefits that come with blockchain financing technology. When Bitcoin first emerged, world governments did their best to condemn it because it was a currency; they had no control over. But at the end of the day, it was a lack of trust in government and banks that caused it to grow in popularity.

Today, governments are starting to see their advantages, so it won’t be surprising if the governments around the world start to introduce their own blockchain currencies. We’ve seen Venezuela take the lead by launching Petromoneda and backing it with the country’s mineral and oil reserves. If not very near, a handful of countries follow suit over the next few years, although larger economies will likely wait to see how it pans out before they make the attempt.

Even though governments have been resistant to blockchain technology in financial services, they are drawn to the idea of using it for data management practices. Right now, government agencies within a country have separate databases, so each system must interact with each other to retrieve information. It’s quite inefficient.

Within the next couple of years, over a billion people will likely have their information stored in a blockchain even though they might not even be aware of it. Government agencies making the most of it by using blockchain technology for processes like:

Blockchain Technology will Combine with IoT in Innovative Ways

Blockchain technology provides a much more secure way to communicate between devices, so we’ll start to see IoT and blockchain merge to create wonderfully innovative technologies.

Right now, companies are already researching ways to implement blockchain technology into their devices. The motivation is the high resistance blockchain has against cyber-attacks.

Smart contracts are another benefit of combining IoT with blockchain. A smart contract is simply an agreement between two parties that is recorded within the blockchain, thus enabling transactions in a much faster and safer way.

Smart technologies have started emerging that utilize blockchain technology. From smart household appliances to smart chips in vehicles, they are constantly collecting information to store in the blockchain. So, this will lead to further breakthroughs in technology.

Blockchain in financial markets is not just about creating cryptocurrencies, but also leads to the ability to generate smart contracts between individuals or businesses. These smart contracts automatically execute the transaction once specific conditions are met.

One example right now is insurance companies creating blockchain systems that will allow complex policies to be created. The biggest bottleneck is the disputes. How do individuals dispute a smart contract if they are bound by the regulations set within? This is a complex matter, and the answer is still unclear. It is expected this to be addressed soon, and once that happens, blockchain technology will start to take off to new heights!

Blockchain Implementation and What the Future Holds

Blockchain has presented us with a whole new world of business opportunities, much like the internet did back in the 1990s. Centralized transactions are the wave of the future, and this wave is eventually going to come crashing down on unprepared businesses. That’s good news for you because blockchain technology will improve the way your business operates and essentially increases the number of opportunities you’ll have.

With that in mind, here are several ways that will see blockchain technology change the landscape of the business world.

Industries Will Soon Adopt the Change – That Future is Blockchain!

Right now, the potential of blockchain lies in the financial markets, retail industries, and government sector implementations. The future will unfold fast, so you need to be prepared for it. The key step that businesses can take right now is to start implementing better data management systems so that they can make the transition as smooth as possible.

Data Entry Outsourced (DEO) is a decades-old data entry and data processing service provider. Having served hundreds of clients across the globe, DEO has partnered with businesses belonging to finance, KPO, engineering, and many other sectors. Contact us today and let our experienced team help your business prepare for the future. 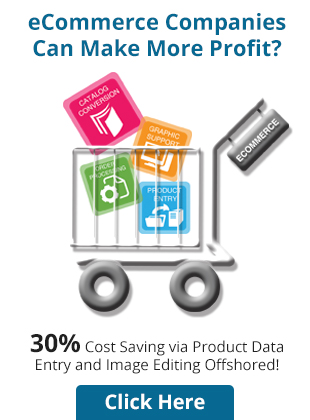